What Are the Different Types of Therapy Available for Substance Abuse?

The Substance Abuse and Mental Health Services Administration (SAMHSA) lists the major types of interventions used in the treatment of substance use disorders as:


Individuals may not need to become involved in every one of these particular services; however, most of the major organizations involved in the research and treatment of the substance use disorders agree that the use of psychotherapy should be the cornerstone of any recovery program. 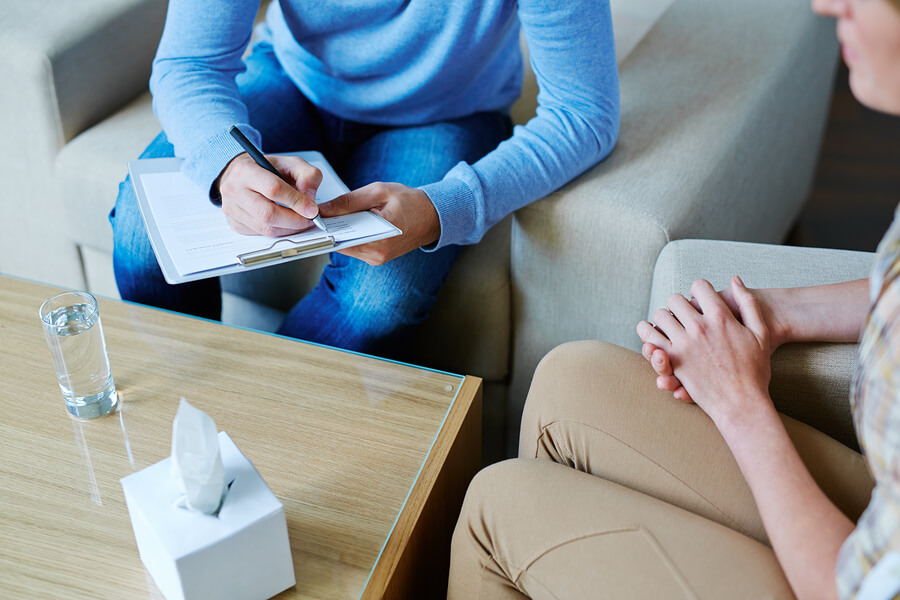 The book Research in Psychotherapy provides one of the most quoted definitions of psychotherapy that is paraphrased here:


Psychotherapy is a term that applies to the planned and informed application of techniques that are derived from established psychological principles by individuals qualified through training and experience to understand and apply these techniques with the intention of helping others to modify personal characteristics, including attitudes, feelings, values, and behaviors, which have been judged by both the therapist and the client to be maladaptive or maladjusted.


The formal definition of psychotherapy rules out certain types of other treatments that are used for substance use disorders, such as the use of medications (the domain of psychiatry and not psychology), occupational therapy, peer support and peer counseling (12-Step groups), and case management services. Certain types of adjunctive or complementary and alternative therapies may not meet the formal definition of psychotherapy, such as yoga therapy, art therapy, psychodrama, etc.

The terms therapy and counseling are often used interchangeably, and very often, they are indistinguishable from one another. Traditionally, the difference between counseling and psychotherapy was subtle, but identifiable. Counselors typically focused on specific problems that a person or group, such as a family, may have and worked out solutions to one singular problem. Psychotherapists typically worked on a range of specific problems that presented as some type of the disorder or syndrome. The application of counseling was originally designed to help individuals work through everyday problems, whereas psychotherapy was designed to work with more severe manifestations of behavior. However, therapy and counseling programs have developed over the course of time to include many similarities and address many of the same issues. Currently, these terms are used interchangeably in most contexts.

The development of psychotherapy has a long and interesting history that indicates that its origins actually came from areas of philosophy and medical doctors, such as Sigmund Freud, who attempted to use talking methods to help individuals with severe adjustment issues or even severe psychiatric disorders. Not all psychotherapy approaches use or focus on the same types of psychological principles.

Within the field of clinical psychology, through which formal psychotherapy was refined, there are typically five different paradigms, or schools of thought, that have emerged. These paradigms, or schools, focus on different approaches and principles believed to be responsible for the manifestation of the behavior in individuals. The major paradigms in psychology are:

With respect to psychotherapy, the major paradigms that drive the majority of approaches come from the psychodynamic paradigm, a combination of the cognitive and behavioral paradigms, and the humanistic paradigm.

The psychodynamic paradigm (psychoanalytic paradigm) owes its development to the neurologist Sigmund Freud. Freud became interested in treating individuals who developed different types of neuroses, particularly hysteria (now referred to as conversion disorder). Patients with hysteria displayed a significant neurological issue in the absence of any physical abnormality or disease. Most often, these neurological issues were puzzling because they often made no medical sense. Individuals would display sudden blindness, paralysis, mutism, memory loss, etc.

Freud first began working with hypnosis along with the French physician Jean-Martin Charcot, but later found that he could better treat his patients with a form of talk therapy known as psychoanalysis. Freud encouraged his patients to say whatever was on their mind, and he attempted to interpret their ramblings as manifestations of their unconscious mind. Freud developed elaborate theories of behavior that were focused on his notion that the unconscious mind, the part of the mind that we are not aware of or able to consciously recall or bring to the surface, contains numerous conflicts that developed as a result of an individual’s upbringing.  These conflicts and early experiences typically shaped an individual’s personality. Sometimes, these conflicts resulted in dysfunctional issues with anxiety that lead to dysfunctional and illogical or neurotic types of behaviors.

Freud concentrated on early relationships, sexually based motivations, and how anxiety symbolically played out in behavior. Although the psychodynamic paradigm is still alive and well today, many of Freud’s original notions have been replaced with more modern interpretations. Nonetheless, it is important to understand that Freud made numerous contributions to the conceptualization of human behavior that are still held by many researchers and therapists today. Some of these are outlined below.

Freudian psychoanalysis typically was lengthy and slow to progress. Today, most of the psychodynamic therapists practice a much briefer form of therapy than Freud and most of his early followers practiced.

Another specific type of psychodynamic therapy used in the treatment of substance use disorders is Supportive Expressive Psychodynamic Therapy, a brief form of therapy that attempts to fortify the client’s capacity to deal with various life stressors. Therapists achieve this in various ways as they help clients to:

Therapists listen intently, display empathy, and interact with the client. Clients are encouraged to express themselves, and therapists help them to reach their goals (e.g., abstinence). This therapy has been shown to be useful in the treatment of numerous substance abuse issues, including issues with opiates, cocaine, and alcohol.

Theorists such as Abraham Maslow believed that many of the approaches used by other paradigms in psychology ignored many of the qualities that make people who they are as well as issues with an individual’s sense of self and their need to be recognized. The humanistic paradigm focuses on the subjective emotions, attitudes, and expectations of individuals that drove them to deal with their environment and to improve themselves.

The famous therapist Carl Rogers developed a humanistic approach to psychotherapy known as client-centered therapy that focused on the unique relationship between the therapist and client, and how this relationship could help clients achieve their goals. Rogers was the first major therapist to actually apply research methodology to test the results of his paradigm. His approach revealed several key elements that other research studies have found to be crucial to the success of psychotherapy despite the paradigm being used:

These three elements are often key components to what researchers referred to as the therapeutic alliance – the strength of the working bond, respect, and understanding that both the therapist and the client have for one another, and their commitment to making the therapy a success. Humanistic approaches have been successful in treating substance use disorders, but for the most part, therapists who treat substance abuse issues attempt to incorporate many of the techniques from client-centered therapy into their own paradigm, such as Cognitive Behavioral Therapy or psychodynamic therapy as opposed to defining themselves as “client-centered therapists.”

Within the biological paradigm, numerous findings that were directly related to the understanding of substance abuse were discovered (e.g., the reward system, the contribution of neurotransmitters to mood states and in drug use, neuroplasticity or how the brain changes in response to experience, etc.). Psychiatrists focus on the biological paradigm as the main approach to treatment by administering medications or performing different types of psychosurgical techniques.

The CBT approach uses numerous techniques that have grown out of the biological paradigm, such as exposure, relaxation training, diaphragmatic breathing, stress management, etc., to assist in its approach.

Other therapists also use these techniques, and principles from the biological paradigm are applied in nearly every form of psychotherapy that is in practice today.

Individual therapy offers a more focused and intense delivery of treatment that is geared toward the needs of the individual. Group therapy is broader in scope. Thus, clients who are being treated for substance use disorders often attend combinations of individual and group therapy sessions to glean the benefits of both. Group therapy can consist of: