Addiction issues are prevalent all over the United States, and the state of Louisiana is no exception.

With abuse of street and club drugs, as well as the growing epidemic of prescription drug use, the communities in Louisiana are struggling with the various effects of drug abuse on families, the economy, and society at large.

For those who are trying to get help with addiction in Louisiana, it may be difficult to know where to start. There are programs and facilities available across the state that can provide treatment and resources to help people and their families with substance abuse issues. Knowing more about drug abuse in the state, how it can be treated, and where to go for support in recovery can help these people get started down the path to recovery.

The Landscape of Addiction Treatment Programs in Louisiana

The office has a commitment to care with little or no waiting times, in order to provide services as quickly as possible. This meets one of the principles of effective treatment defined by the National Institute on Drug Abuse, which states that drug abuse treatment should be readily available for those who are ready to seek help.

The following statistics, facts, and references can make it easier to understand the state of drug abuse, addiction, and treatment in Louisiana, as well as the effects of drug abuse on various aspects of life in the state. This includes information on:

The National Survey of Substance Abuse Treatment Services indicates that Louisiana has about 150 treatment centers throughout the state. This includes:

The state has the highest percentage of state-run facilities compared to the total number of facilities in the state, at nearly 23 percent. This is because of the commitment of the Office of Behavioral Health to providing treatment as quickly as possible.

Based on the National Survey of Drug Use and Health, rates of illicit drug use in Louisiana are lower than the national average, and lower than many of the other states in the southern region of the US. Some of the comparisons include:

The problem with prescription drug abuse is growing, and it contributes to higher uses of heroin as well. Louisiana has seen heroin use of epidemic proportions, similar to those of various New England states. For this reason, treatment for these issues is particularly important in the state. However, nationally, only a small percentage of people who are dealing with a substance abuse disorder get help; there’s no doubt that this problem affects Louisiana as well.

Effects of Drug Use on Death and Crime Rates

The bigger issue in Louisiana is that the state has one of the higher rates in the country of death due to drug overdose. A report from the Shreveport Times states that 13.2 people out of every 100,000 in the state die due to drug overdose. Much of this is related to abuse of prescription drugs.The Brennan Center for Justice at New York University reported that Louisiana has a high crime rate based on heroin use, cautioning that this is strongly based on Louisiana’s laws against heroin possession and use. Nevertheless, it demonstrates that heroin use is a major issue in the state and contributes to the state’s extremely high crime and incarceration rates.

In an effort to combat the problem with prescription drug abuse, the state has laws about how people can get prescription medications. According to the Shreveport Times article, these include making sure that patients cannot withhold information about previous prescriptions from doctors, making sure doctors examine or have a relationship with a patient before prescribing anything, and requiring pharmacists to see identification before dispensing medicines.However, the article also states that Louisiana has no Good Samaritan or Rescue Drug laws to enable people to use lifesaving medicines like naloxone in case of an overdose of heroin or other opiates.

Some of the diagnostic features may include:

Even larger numbers use alcohol in an unhealthy matter. Based on those 2015-2016 surveys, it is estimated that over 1 million Louisiana residents over age 11 have binged on alcohol in the past month alone, which is more than 26 percent of that population. For this survey, binge drinking was defined as consuming more than 4 drinks within 2 hours for men and more than 3 drinks in 2 hours for women. Binge drinking is a major concern as it increases many health risks, increases risk of killing oneself and others, and increases risk of violence. According to surveys from 2010-2014, about 7.5 percent of people age 21 and older in Louisiana had heavy alcohol use in the past month, compared to 6.7 percent of people age 21 and up in the United States overall.

According to a 2009 report, substance abuse and addiction cost Louisiana over $1.3 billion in 2005, which equals about 17 percent of the state’s budget. This cost is about $320.83 per person in Louisiana. This enormous dollar amount includes the costs to the justice system, education system, healthcare, mental health and developmental disability programs, public safety, child/family assistance, and the state workforce. Additionally, Louisiana spent about $44 million, or about 0.54 percent of the state budget, specifically on the prevention of, treatment of, and research on substance abuse and addiction in 2005. This equals about $10.19 per person in Louisiana. Together, this totals over $1.4 billion on substance abuse prevention, treatment, research, and cost to state programs.

Substance use disorders are an enormous problem in Louisiana, and they can cause many negative consequences for the individuals with the disorder, their families and loved ones, and the broader community. It is estimated that hundreds of thousands of Louisiana residents use illegal substances every month, and that even more binge drink or use alcohol in other unhealthy ways. Illegal substance use and excessive alcohol use both put individuals at risk for negative side effects, legal and social repercussions, and development of substance use disorders. We must strive to increase the percentage of Louisiana residents who get the treatment they need for substance use disorders, so that they can achieve recovery and experience a better quality of life.

Credentials and Licensing for Treatment in Louisiana

On the other hand, individual addiction treatment and prevention counselors and other professionals are licensed by the Addictive Disorder Regulatory Authority.

Both of these organizations seek to make sure that treatment is research-based and demonstrates evidence of the ability to provide positive outcomes.

There are some additional nonprofit and government treatment resources available in Louisiana, including:

If you successfully complete our 90-day inpatient treatment program, we guarantee you’ll stay clean and sober, or you can return for a complimentary 30 days of treatment. Read More…

“It has brought my family and me closer, allowing us to do things together without our attention being centered on my using”
– Chip L., Townsend Alum 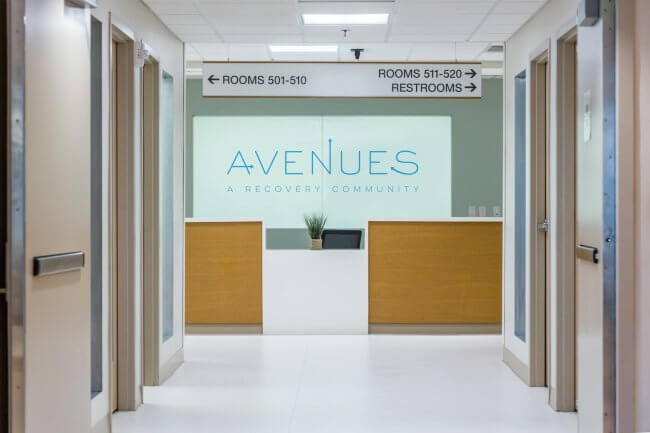 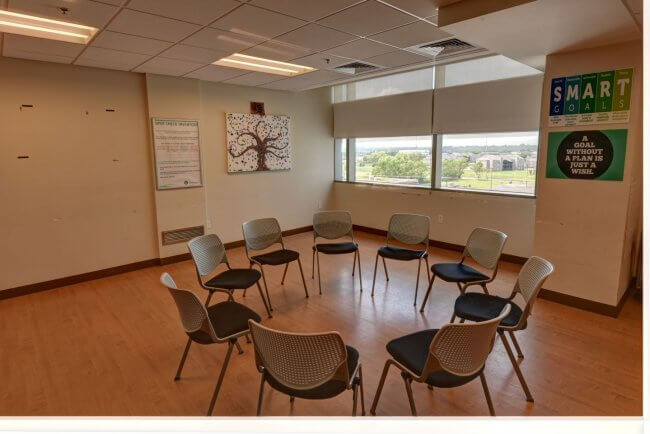 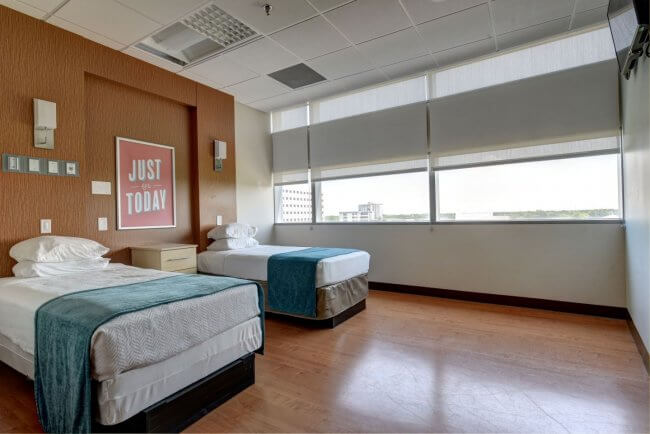 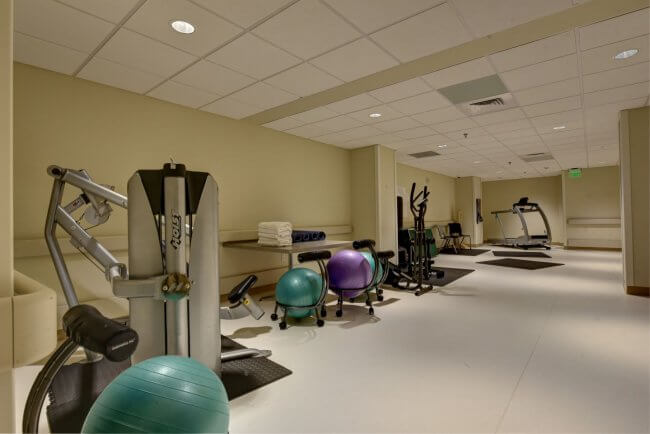 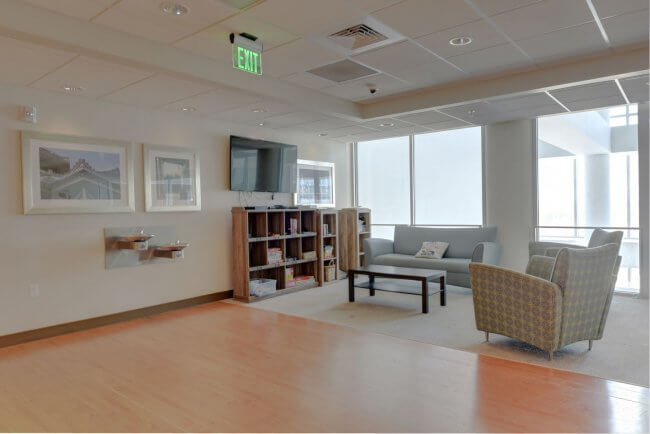 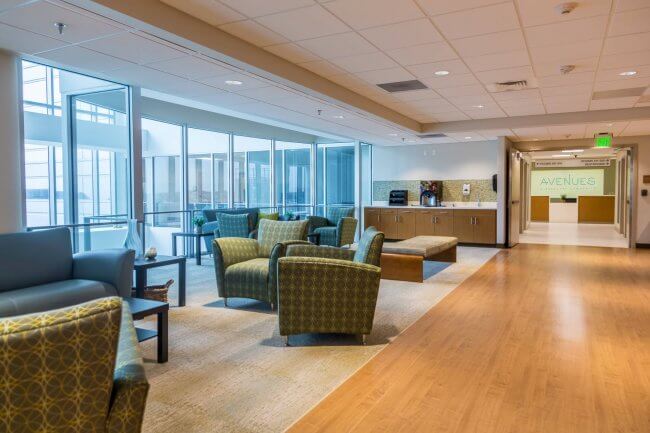