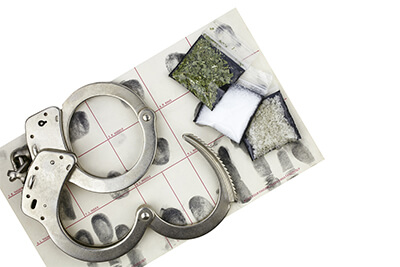 A Louisiana man who was sentenced to life in prison for repeat offenses that included possession of marijuana and crack cocaine is set for a reprieve in the fall of next year. A judge ordered that, as long as he continues to exhibit good behavior in the next year, he will be released in October 2019 and eligible for parole before then. In total, he will have served 10 years rather than spend the rest of his life in prison.

This could indicate the beginning of a trend where Louisiana courts recall and resentence the cases of prisoners who received life sentences for charges that included marijuana possession. In recent years, the Louisiana prison system’s struggle with corrupt corrections officers, overcrowding, and more has been increasingly public, and in response, some judges are starting to thin out the population by removing those who are serving unnecessarily long sentences.

But will their efforts to thin out the prison population and give people a second chance at life work if addiction goes untreated?

It cannot be assumed that inmates are living sober lives even if they are behind bars. Visitors, other inmates, and corrections officers have been caught smuggling drugs into prison facilities in Louisiana for years, and many inmates make their own form of alcohol. As a result, it is often not difficult to get high or drunk while incarcerated in Louisiana.

As a result, many inmates who spend years inside immediately return to active addiction when they are released. Without any real sober time in place, and no therapeutic intervention or support to help them transition into a sober life outside of prison, many simply go back to what they know. For those inmates who are lucky and released early from unfair prison sentences, the hope is that they will immediately be transitioned into addiction treatment services that will help them to avoid future charges and a return to prison.

Even if prison were a drug-free establishment, it is important to note that time alone does not treat addiction. An addiction disorder is not defined only by the use of an addictive substance. Rather, it is defined by compulsive behaviors that are self-destructive and impossible to control through willpower even when continued engagement with a certain behavior (e.g., drug use, alcohol use, or gambling) results in hardship, disease, and/or pain. This means that people who manage to refrain from engaging in their addictive behavior of choice for a period are not safe but in remission and that, without treatment, they will eventually relapse and return to active addiction.

Whether your loved one is transitioning out of prison after serving time for drug-related charges or on the way home after spending time in a residential treatment program, it is important to recognize that there are no guarantees for what will happen next. No one can control the choices of another. Even though you may want desperately for your loved one to remain sober for the long-term, the best thing you can do is provide support that will empower them to stay connected to their recovery and continually make the next “right” choice.

Do you need help assisting your loved one in making positive choices in recovery and staying committed to sobriety?