LA State Pen Gets Shaken Down after 2 Inmates OD 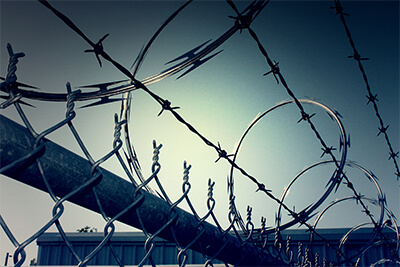 This month, two inmates died on the same night at the Louisiana State Penitentiary, otherwise known as Angola or “The Farm,” ostensibly due to drug overdose. Over the past few years, the problem of guards smuggling drugs into prison facilities in Louisiana has been ongoing, and the Department of Corrections decided to investigate that possibility in these cases.

Both men died in their cells on the same tier of a maximum security unit in the prison within hours of each other. The deaths are still under investigation but it is believed that they died after using a version of synthetic marijuana called “mojo.”

The following morning, the shakedown searches began. K9 teams and 100+ correctional officers were deployed throughout the prison to look for contraband. In the area where the two men died, a pocket knife, small amounts of mojo and other substances, and a cellphone were found. In the rest of the prison, searches revealed seven cellphones, two ice pick weapons, and four cellphone chargers.

While it is not yet known whether or not correctional officers employed at the facility were responsible for bringing in the drugs, Department of Corrections spokesperson Natalie Laborde says that there has been an increase in illicit substances smuggled into prisons in the past few months. Says Laborde: “Mojo has been a very big issue because it’s very dangerous. That’s the main problem, but we have confiscated other types of drugs.”

The warden at Angola, Darryl Vannoy, says that mojo and other substances are among his most significant problems but that issues with staff make it a difficult problem to control. Specifically, he says that correctional officers are not paid very much, and as a result, there is high turnover in the high-stress job. New people come in and out all the time, and many are seeking to make money on the side in order to supplement their low income at the prison.

The Department of Corrections has taken the issues cited by Angola’s warden seriously and is working to solve the problems. Security measures are in the process of being improved at most prisons in Louisiana, and pay increases are expected to be offered to correctional officers with the goal of decreasing the turnover rate that is often blamed on low pay in addition to harsh working conditions.

At Angola specifically, new scanners have been installed that make it easier to identify drugs on an individual entering the building, replacing the old security systems that just identified metal objects. Currently, only visitors are required to enter through these scanners; correctional officers and other staff members at the facility are not. That will soon change.

Laborde says that the hope is that higher income will encourage “better quality and more committed employees” to apply for the jobs.

The good news is that there is awareness of the fact that inmates are suffering due to continued addiction while they are incarcerated. While it is important to improve security and increase the quality of service provided by correctional officers, it is also important to recognize that an ongoing struggle with addiction is best addressed through comprehensive treatment.

Inmates who are living in active addiction when they are arrested need to use the time spent in prison to get treatment services that are necessary to heal. With few distractions, dedicated care, and time to work through the ups and downs that come in early recovery, treatment in Louisiana prisons will help individual inmates, improve the lives of their family members, and decrease the burden on the state court and prison systems. Compared to the cost of lives lost to addiction and overdose, the investment in treatment services is minimal.

Is it time to consider helping your loved one living in active addiction to connect with treatment services that can save their life?

Since joining the Avenues Recovery content team, Shlomo has become a thought leader in the addiction field. His popular addiction podcast "Rubber Bands" is a must listen for anyone involved in Substance abuse treatment. He is a Seinfeld junkie, a recovering Twitter fanatic, and a sports expert. He enjoys milk shakes and beautiful views from rooftops.