Fentanyl is a powerful opioid that doctors typically prescribe to treat moderate to severe pain when other medications are no longer effective. 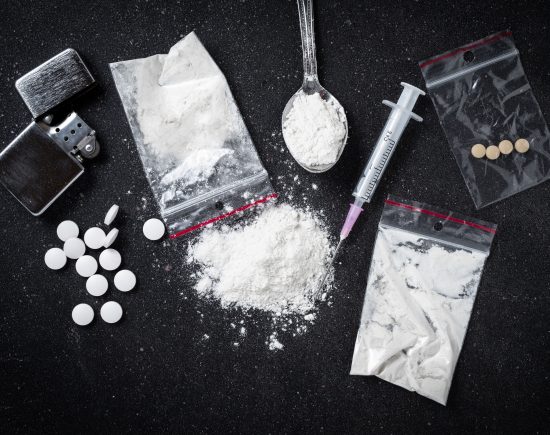 It is incredibly addictive, and even patients who take it as directed by a doctor can develop a dependence on it. According to the Drug Enforcement Administration, there were 6.64 million fentanyl prescriptions dispensed in the US in 2014.

The body can build up a tolerance to fentanyl incredibly quickly, and as people take larger doses more frequently, they begin to develop a dependence on it as well. Fentanyl interferes with the way that the body responds to pleasure, and people who have developed a dependence on fentanyl cannot stop using it without experiencing symptoms of withdrawal.

The most common symptoms of fentanyl withdrawal include anxiety, aches and pains, irritability, sweating, and the chills. These symptoms are fairly manageable, but individuals cannot predict how their bodies are going to react to stopping fentanyl, and it could be dangerous to attempt to do so on their own.

In a medical detox program, clients have access to medication that can help ease their worst symptoms. More importantly, they do not have access to fentanyl, so they cannot relapse no matter how strong their cravings might get.

Abusing fentanyl is dangerous because people run the risk of overdosing every time they use. According to the Drug Abuse Warning Network, there were 20,034 emergency department visits related to fentanyl in 2011. The Centers for Disease Control and Prevention report that synthetic opioids, including illicitly made fentanyl, were responsible for 5,500 deaths in 2014.

The duration and severity of withdrawal symptoms vary among individuals, but there are general trends that most people can expect to experience when undergoing fentanyl withdrawal. Symptoms typically arise within 6-36 hours of the last dose, and they last for up to several weeks, depending on the intensity of the addiction; however, most of the physical symptoms peak on day two and subside within 5-7 days. Initially, individuals may experience muscle cramps, pain, and insomnia, which are followed by nausea, vomiting, diarrhea, sweating, and fever as the body filters fentanyl out of its system. The symptoms that tend to last the longest are anxiety, irritability, and depression.

Can You Overdose from Fentanyl; What Can Be Done to Prevent It?

In a medical detox program, healthcare staff will address both physical and psychological withdrawal symptoms. Once clients have stabilized physically, they will then enter the next phase of treatment, where they may still be receiving help for physical aftereffects of fentanyl addiction but will also focus extensively on the psychological impact of drug abuse. Though the symptoms of withdrawal are not life-threatening, they can be so painful that many people turn back to fentanyl and start using again. Ultimately, the goals of medical detox are:

Stopping fentanyl outside of a medical detox program is dangerous. Because withdrawal symptoms can be painful, the risk of relapse is incredibly high. In addition, the body’s tolerance levels to fentanyl drop during withdrawal. Individuals that do relapse run the risk of overdosing because their bodies can no longer withstand the dose that they used to take.

According to the National Institute on Drug Abuse (NIDA), Fentanyl is 25-50 times more potent than heroin, which means even a small amount of it can result in an overdose. In fact, The New York Times reports that in some states, fentanyl kills more people than heroin. In 2015, heroin killed 32 people in New Hampshire; fentanyl killed 158.

Everyone experiences withdrawal differently, and there are several factors that can affect how long it lasts. These include:

For most people, withdrawal symptoms peak within 48 hours of the last dose. After two days, symptoms start to subside and become far more manageable. Because withdrawal can be painful initially, many people take medication to ease symptoms, and these medications also affect the duration and intensity of withdrawal.

There are a variety of medications that healthcare staff can give to clients to help make their withdrawal symptoms and general recovery process more manageable. According to the US National Library of Medicine, some of the most commonly prescribed medications for this purpose are methadone, buprenorphine, clonidine, and naltrexone.

Methadone is often used to relieve withdrawal symptoms during the medical detox phase, but it can also be used as a long-term maintenance drug for people struggling with fentanyl dependence. After a person stabilizes, doctors can gradually reduce the dosage of methadone until it’s no longer needed at all. Some people may stay on methadone for years.

Buprenorphine can shorten the duration of withdrawal, and like methadone, it can be used for long-term maintenance to help people stay in recovery. According to the Substance Abuse and Mental Health Services Administration (SAMHSA), buprenorphine was the first medication that treats opioid dependence that the FDA permitted to be dispensed in a physician’s office as opposed to in a highly structured clinic. That authorization increased the accessibility of treatment for many people struggling with an addiction to fentanyl. Clonidine is a medication that treats high blood pressure and can help to reduce anxiety, agitation, muscle aches, sweating, and cramping. It does not reduce cravings but can be a highly effective form of withdrawal treatment when combined with methadone or buprenorphine.

Naltrexone is similar to morphine in that it is a synthetic drug that blocks opiate receptors in the central nervous system; however, it is not nearly as strong as morphine. Naltrexone should not be taken in combination with methadone or buprenorphine because it is an opiate antagonist.

The Road to Recovery

Withdrawal is just the first step to recovery for individuals suffering from an addiction to fentanyl, but it is a critical one. Physically, withdrawal is often the hardest part of quitting an addiction, which is why it is so important to check into a medical detox program instead of attempting to quit fentanyl at home.

Once the worst of the physical symptoms have subsided, individuals can focus on combatting the psychological symptoms of withdrawal, including cravings, anxiety, irritability, and insomnia. By entering a residential treatment program or partial hospitalization program following medical detox, individuals will get the care and attention they need to address the root causes of their addiction. During addiction treatment, clients will attend various types of therapies, including individual and group sessions, to gain the tools they need to avoid relapse in the future.