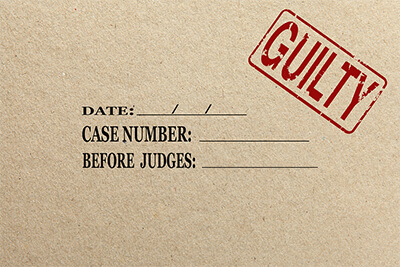 When an RV camper burned down in Campti, Louisiana, and an emergency response team was able to get into the wreckage, the remains of a 10-year-old boy were found. The boy, who lived in the camper with his father, died of smoke inhalation when the camper caught fire during the night.

His father, however, was not in the camper. His father was off doing drugs with the boy’s grandmother. Both were charged with negligent homicide due to the boy’s death when they admitted to leaving the boy unsupervised while they were under the influence. Additionally, the boy’s father admitted to installing illegal electrical wiring that did not follow code in order to connect his trailer to his mother’s trailer next door.

To make matters worse, the boy’s father was on the run from the law for three days following the fire. When he was finally apprehended, he admitted to being under the influence of drugs at the time of his son’s death and to leaving the child fully unsupervised.

The American Association for Marriage and Family Therapy (AAMFT) reports that 80 percent of child deaths are related to parental maltreatment, and in the majority of those case, parental drug use plays a major role. Whether the child is exposed to drug use during pregnancy, or exposed to harm or neglect while a parent is under the influence, there are laws in place to protect children and remove them from these life-threatening situations. Children with special needs and young children, especially, are at the greatest risk, but children of all ages and abilities can be deeply scarred by time spent in the care of a parent who is unable to prioritize their best interests above their addiction.

In Louisiana, there are criminal statutes that speak specifically to the harm caused by exposing a child to illegal drug activity. For example, making or possessing any controlled substance when a child is present is a felony separate from charges related to drug manufacture or possession, according to the Child Welfare Information Gateway.

Though some parents recognize and understand the risks to their children when they are under the influence and exposing them to drug use and/ or leaving them alone to fend for themselves because they are too high to be present, others do not. With a perception that is clouded by their need to stay high, many justify that their children are fine with less supervision, or that they, the parents, are perfectly able to look out for their children’s best interest despite being under the influence.

When it comes to a child’s safety, it is clear that there is no amount of exposure to drug use or a caregiver under the influence that is appropriate. For this reason, parents who are struggling with addiction are always encouraged to immediately get the help they need to stop using all substances right away, not only for their own health and safety but for the safety and wellness of their children as well.

Does a Child You Know Need Help?

Childhelp® USA is a nonprofit organization that will provide callers with the local referrals and phone numbers they need to help out a child who is in danger. If you are unsure what local organization will best be able to help or how to reach them, call the Childhelp® USA National Child Abuse Hotline at 1-800-4-A-CHILD® (1-800-422-4453) TDD: 1-800-2-A-CHILD.

If your loved one is a parent who is wrestling with an addiction disorder that is disrupting their abilities as a caregiver, now is the time to take action. Simply taking care of the child on occasion or otherwise providing for the child’s needs with clothes, food, or money is not enough to protect them from harm. The best solution for the entire family is for the parent to undergo the treatment necessary to become stronger for their children. Your encouragement in helping the parent in your life who needs treatment to get help may be a lifesaver for them, their children, and the whole family.

Are you ready to learn more about what options are available to parents in crisis due to addiction?

Since joining the Avenues Recovery content team, Shlomo has become a thought leader in the addiction field. His popular addiction podcast "Rubber Bands" is a must listen for anyone involved in Substance abuse treatment. He is a Seinfeld junkie, a recovering Twitter fanatic, and a sports expert. He enjoys milk shakes and beautiful views from rooftops.